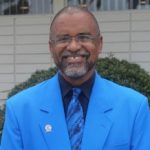 Kelvin is an initial board member of the CHSAA, and has been involved on all of his class reunion committees. After earning a Bachelor’s degree in Politics from the UC Santa Cruz, and a Juris Doctorate from the UC Berkeley, he worked as a Public Defenders for two years, then started his own law practice specializing in criminal law and civil litigation. Kelvin was appointed to the bench, first as a court commissioner, followed by a formal judicial appointment by then-Governor Gray Davis. Devoting his life to community service, Kelvin served on the CUSD Board of Education for 12 years, and currently serves on the Board of Directors of the Compton Chamber of Commerce and the First United Methodist Church. He is a presenter/lecturer to students at CHS for the Courthouse Interchange Program. His many honors include being profiled as a prominent graduate in the UCSC magazine and recognition as “Judge of the Year” from the Langston Bar Association. Kelvin has two daughters. His hobbies include basketball, writing poetry and music.